- Learn Taekwondo from an expert instructor of Kukkiwon, the World Taekwondo Headquarters.

- Learn basic Taekwondo moves one step at a time from easy stretching to kicking skills.

- Learn the key attacks and defenses of Taekwondo.

- Leave photos of yourself participating in the experience while wearing the Taekwondo dobok.

Point 1 : Taekwondo learned from an instructor of Kukkiwon

Taekwondo, the national sport of Korea, is a martial art that attacks or defenses an enemy using bare hands and

bare feet. Since this is a Korean traditional martial art that uses no arms or weapons, people can train their bodies anytime and anywhere.

Here is an instructor of Kukkiwon. Learn Taekwondo from the instructor who has taught foreigners at Kukkiwon, the World Taekwondo Headquarters.

After simple stretching, you will learn basic moves of Taekwondo.

Chagi is the skill that attacks an opponent with a foot by stretching or turning a leg.

-Jjikgi: the skill that strikes a target quickly swinging fingertips. 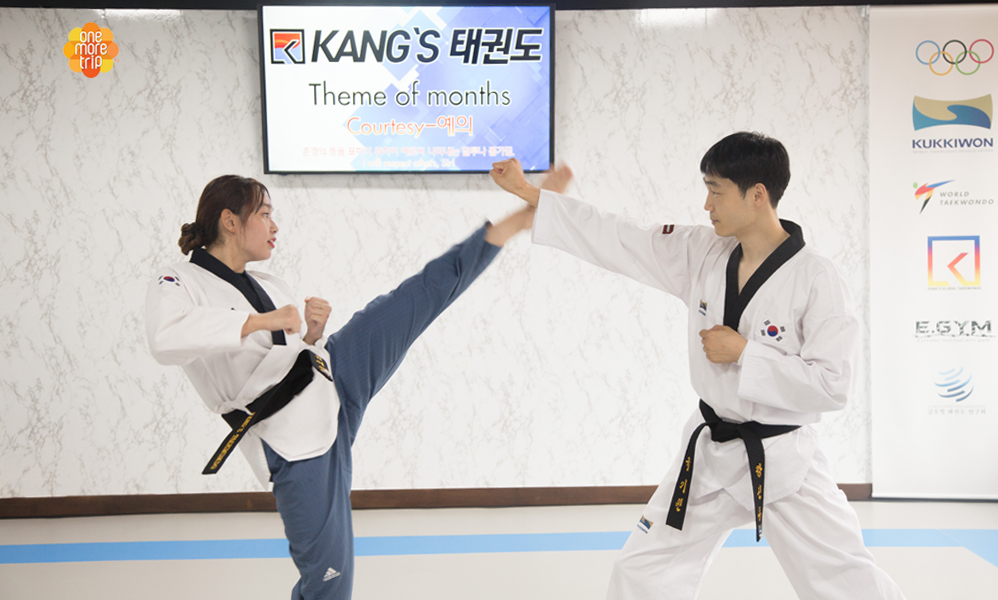 -Ditgi: All movement of feet performed to control the distance with the opponent, to attack or defense the opponent. 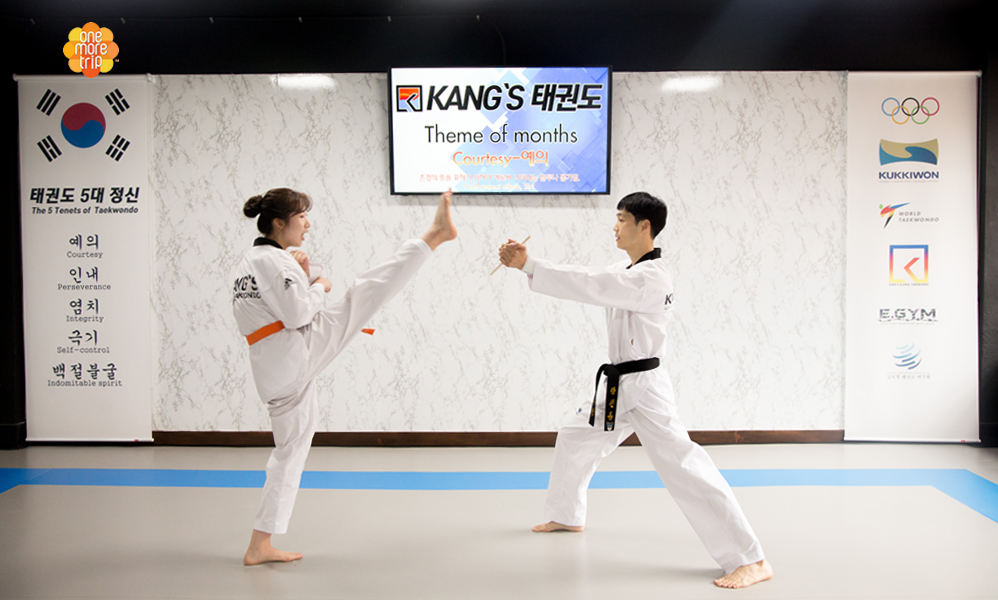 Reviews (3)
Translate into your language View in original language Below is an automatic translation of the Google Translate language, so the content may not be accurate.